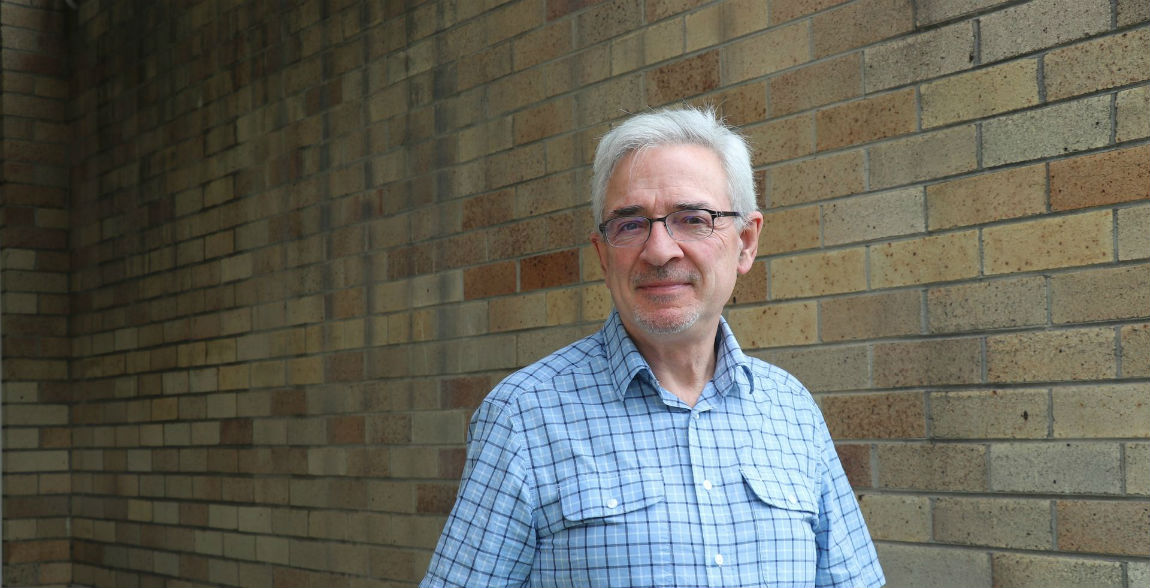 Vincent Garvey is the Engineering Director of Ellen Medical Devices, Senior Visiting Fellow UNSW and Engineering Entrepreneur at George Health Enterprises. He is the inventor of the affordable dialysis system  which has the potential to save millions of lives.

Tell us how you got started as an engineer. What were your motivations?

My Dad was a schoolteacher, and we lived in a farming community in Ireland. I think my love of engineering was shaped by the elegance with which simple mechanisation could alleviate backbreaking work. Farming was also dirty, smelly, cold and wet. A clean,warm workshop seemed so much nicer!

I had a natural affinity for mechanical things. In high school, a great maths teacher was able to reinforce my enthusiasm for engineering by providing the theoretical structure. After university, I worked in manufacturing, mostly solving process problems. I began to realise that many costly steps could be eliminated by thinking through the design a little more. The only way to do that was to move from manufacturing into design. Hence, I ended up spending the following 20 years or so designing products – and filing dozens of patents.

What inspired you to enter the Affordable Dialysis Prize (ADP) competition?

Although I retired in 2015, a story from way back of a person collapsing and choking, had an impact on me. Facing certain death, the individual was saved by someone with a penknife performing a DIY tracheotomy on the street. The incredible sense of worth it seemed to me, of saving even a single life stood in sharp contrast to the very commercial, and somehow infinitely less significant work that had characterised my career.

While in Melbourne, I heard of the dialysis problem, that was it – I was inspired. Then and there, I started developing ideas and discussing the project with people, and before I knew it, I had a small team of enthusiasts to call on.

To guarantee a successful result, I wanted to do the work in Australia, and file patents here so that the entire exercise would be infused by a certain Australian essence. More truthfully, however it was because the core members of a small team were already in place, and their enthusiasm far outweighed any doubts I may have had.

1. The project was viable.
2. The scale of the challenge ahead was beyond the scope of the small team in Melbourne.
3. Disrupting a multi-billion dollar industry is not for the faint hearted.

At this stage, I was still three months from submitting my proposal to The Affordable Dialysis Prize committee – but I had made up my mind that regardless of their decision, this was a project I was going to see through.

Can you give us a brief overview of how the system works, how much it will cost how it compares to current treatments?

Let’s get one thing clear. It is a total myth that the cost of peritoneal dialysis (PD) and haemodialysis (HD) are more or less the same. The price to the patient in most countries may be similar, but the underlying cost (the raw materials etc.) for PD is an order of magnitude less than the cost of HD.

HD is shockingly wasteful as a process. It took me many weeks at the very start to get past the industry’s smokescreen and drill down to the fundamentals. This is a $70bn global industry that should be a $7bn industry.

So, what’s our approach? We stick to the age-old engineering maxim “if it ain’t broke, don’t fix it”. Hence, we do more or less exactly as industry leaders do – supply the patient with a package: water, some simple chemicals, a bag and some tubing. More than 95 percent of the weight and bulk of this product is water.

We democratise dialysis by allowing the patient to take the water from their own tap. In so doing, 95 percent of the processing cost – shipping, carbon footprint etc., simply evaporates.

We give patients a small water purifier, and they are on their way. Each month, they get a delivery – more or less identical to the current PD delivery, but, without the water. Cost will be a few dollars per day. Price will be set by what the market will bear.

How will the affordable kidney dialysis system change the way kidney disease is treated, especially for lower- and middle-income countries?

In India we are told that for a typical clinic treating say 100 patients, a further 1000 are simply turned away. We believe that the 1000 can be treated because  our system will reduce the cost by a factor of ten.

Indications are that the potential scale will allow the other non-direct costs to follow the material costs down. Our system is designed to facilitate fast and effective support, so that a busy nephrologist or clinical specialist can see many more patients within the same overhead structure.

Today, to treat a further 100 patients with HD, the typical clinic would need to double its size – more buildings, water treatment plants, HD machines and beds. That would take years.

With our system the same single clinic can scale up without this overhead. Scalability is the buzzword! Still a dream – but with a lot more believers climbing on board.

You spent some time mentoring The George Institute’s health tech startup teams as part of this year’s Health10x program. Can you tell us why is it important to you to help motivate the next generation of innovative thinkers?

There is a skill to innovation. I love practicing it. It is very fulfilling, and I want to keep on doing it.

I recall seeing an interview with primatologist Jane Goodall, and the penny dropped. Asked why she was sitting around in some school classroom rather than being out in wild protecting chimpanzees, she replied that if even one of these schoolkids picked up on her work, they can achieve ten times more in their lifetime than she can in the few active years she has left.

The whole Health10x thing came as a bit of shock to me. I’m still the angry young man fighting the establishment of non-inventors. Then Health10x held up a mirror and there is this old grey-beard staring back at me. Time for a change of strategy and to start fostering the next generation!